On this page, we look at the impacts of climate change on people and places, including health hazards.

It is important to recognise that the impacts on human health aren’t all negative. Benefits include fewer winter deaths in colder climates, and some marginal land that is currently hard to farm may be easier to grow crops on, so there might be better nutrition for some local scale groups.

However, the negative aspects are potentially very large. There are two main issues that will cause hazards to health: 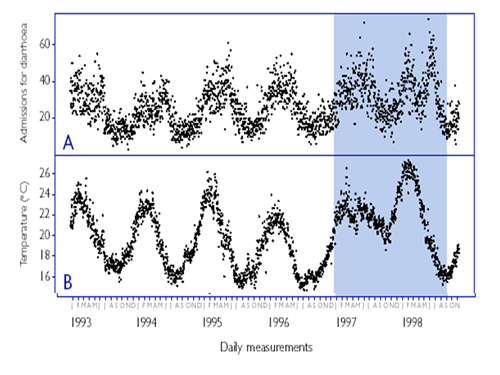 Furthermore, the WHO (2017) identifies that patterns of infectious diseases will also change. Vector-borne diseases are those that are carried from person to person by a ‘vector’ such as a mosquito or water snails. As temperatures rise, these species breed more easily and can spread into new areas which were previously too cold for the vector species to survive. The result is a spread and intensification of the diseases that they carry. Common vector-borne diseases include dengue fever (see maps below) and malaria, both spread by a type of mosquito. Malaria alone is expected to kill an extra 60,000 people per year. 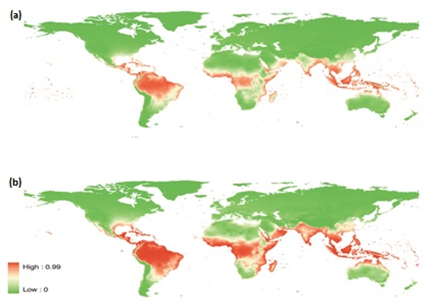 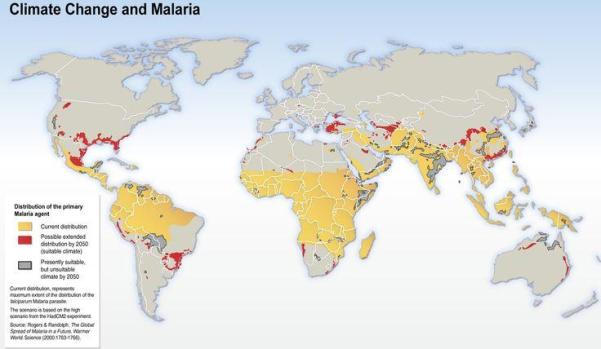 Produce a presentation about this issue to show to a non-specialist. Anticipate the questions they might have and ensure that key terminology is clearly explained.

Buy me a coffee?

Thanks for visiting – if you want to show your appreciation, feel free :)